Following Tatsumi’s capture by Esdeath, Tatsumi is dragged along with Esdeath and the Jaegers to raid and destroy a bandit’s fortress as a backup Jaeger. Esdeath forces Tatsumi to watch the destruction as part of his training. Afterwards, Esdeath tries to seduce Tatsumi in her bedroom, but Tatsumi resists the temptation and believes he can convince her to turn against the Empire. However, Esdeath slaps him and explains her motive of “survival of the fittest” as well as her being the one to change Tatsumi, even if it meant protecting his family. After further arguing, they both decide to end the discussion and sleep, with neither convincing each other. However, Esdeath still remains in love with Tatsumi. The next day, Tatsumi meets up with Wave and Kurome. Tatsumi notices Kurome’s gluttony, to which she reveals that she is Akame’s sister and wants to kill her for betraying the Capital. Later, Esdeath, Kurome, Wave, and Tatsumi go on a hunt at Mount Fake, with Tatsumi and Wave paired together. Both Tatsumi and Wave fight tree-like Danger Beasts with ease and without their Imperial Arms. Upon destroying the monsters, Tatsumi attempts to escape using Incursio and Wave follows him with his Imperial Arm, Grand Chariot. Unaware of each other’s identities, Wave attacks while Tatsumi tries to escape once more. Tatsumi is defeated, but he escapes using invisibility and is rescued by Akame and Lubbock. Wave is punished by Esdeath for allowing Tatsumi to escape. Tatsumi returns back to the Night Raid base and tells them about the Jaegers. Meanwhile, Dr. Stylish and his men, Team Stylish, locate the base and prepare to attack. 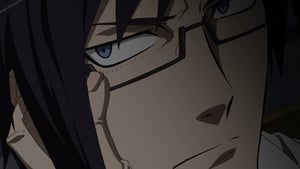