After Dr. Stylish’s death Night Raid ventures into a Danger Beast-infested area so they can set up their new hideout. Najenda introduces Susanoo and Chelsea, the girl from the previous episode. After their introduction, Chelsea berates Night Raid for their incompetence, which she alleges led to Sheele and Bulat’s deaths. Angered, Mine decides to teach Chelsea a lesson and recruits Lubbock and Tatsumi, the latter of whom uses Incursio to sneak on the hot spring where Chelsea is bathing. However, Tatsumi instead confronts Susanoo, but it is actually Chelsea using her Teigu, Gaea Foundation, which changes her physical appearance. Chelsea tells her story about her former team being massacred, leaving her as the only survivor, and she reveals that she berated Night Raid because she didn’t want them to die like her former team did. Meanwhile, a depressed Esdeath learns of the loss of Dr. Stylish and comforts Seryu when she grieves his death. At the Capital, Run tells Esdeath that there are many lookalikes of Tatsumi for her to court, but Esdeath declares that there is only one Tatsumi. At the mining caves, miners are being devoured by modified Danger Beasts while watched by a hooded man. 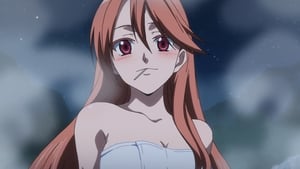