Now with only four members left in their ranks, Night Raid decides to start their final mission to assassinate the prime minister. While Najenda leads the Revolutionary Army into the capital, Tatsumi, Akame, and Leone break into the palace, where they are confronted by Run. Leone stays behind to fight Run while Akame and Tatsumi push forward to the throne room. Refusing to listen their pleas, the Emperor activates Shwarzentazer, the Ultimate Imperial Arm, which reveals itself as a towering armored giant. Witnessing the destruction the Emperor inflicted against his own subjects, Tatsumi confronts him and is assisted by Wave while the others help the citizens evacuate the capital. After continuously striking the Imperial Arm’s armor at a single point, Tatsumi manages to destroy it and defeat the Emperor once he unlocks the true power of Incursio. However, when the giant threatens to fall over the citizens, Tatsumi uses his last ounce of strength to stop it, despite being gravely wounded, and dies in Akame’s arms, much to her grief and Esdeath’s. 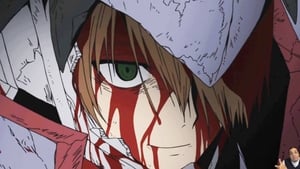