While dispatching an enemy force trying to invade their base, Tatsumi learns of Bulat’s Imperial Arm, Demon Armor: Incursio. Later, he goes to wake up Mine, which leads to an embarrassing situation after he walks in on her changing. The two then go around shopping in the capital, and Tatsumi is angered to learn that was supposed to be his training. Shortly afterward, the two witness public executions, and Tatsumi learns of Mine’s determination to survive. Later, Night Raid is sent on a mission to assassinate one of the prime minister’s relatives and his guards. Mine snipes the main target dead despite him being surrounded by innocent people, to Tatsumi’s surprise, while the rest of the group kill most of the guards. After Mine tells Tatsumi of her past, and her motivations for joining Night Raid, they are ambushed by the remaining guard. Tatsumi manages to hold the guard in place and orders Mine to shoot him, despite him being in the line of fire; she takes the shot after Tatsumi declares his belief in Mine’s sniping abilities, killing the guard and barely missing Tatsumi. She prepares to acknowledge him, but takes it back after he yells at her for grazing his head. Meanwhile, an unknown figure stares at a wanted poster of Akame before declaring that the capital was perfect for supplying people to kill. 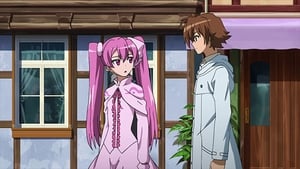 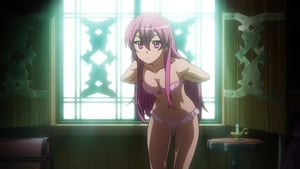