Tatsumi is jolted awake by a dream of Sayo and Ieyasu, and is surprised to find Sheele at his side. He then learns that she is going to be mentoring him for the day. After a strenuous training session, Tatsumi learns of Sheele’s history, her perceived inability to be useful, and her reason for joining Night Raid, causing him to sympathize with her. During a meeting, he tries on Zank’s Spectator, recovered after the events of the previous episode, but it rejects him. After learning more about the assumed strongest Imperial Arm in existence, and that collecting Imperial Arms was a top priority of Night Raid, Tatsumi declares his intention to find an Imperial Arm that could resurrect the dead, only to be upset upon learning that such an Imperial Arm could never exist. Sheele later comforts Tatsumi at Sayo and Ieyasu’s grave. The next day, Tatsumi and Leone go out patrolling in a marketplace and become separated. Tatsumi is aided by a member of the Imperial Guard, Seryu, who possesses a biological, dog-like Imperial Arm that she names Coro; she guides him back to the marketplace before running off. It is then revealed that Seryu’s mentor was Captain Ogre, and she intends to seek vengeance for his death. 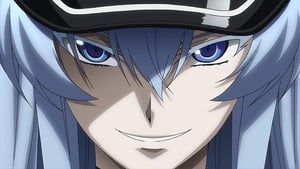 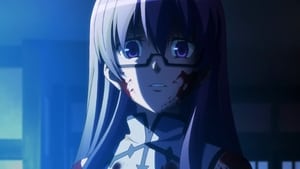