Kaoru is doing an MC of an Inago Mask show at the amusement park getting into her role as Junichi is playing one of the evil minions. After Kaoru starts deviating from the script which sends Junichi through the stage, he retaliates by attacking Kaoru with other bad guy costumes. Flashback to before the summer break, Kaoru is helping Junichi with a art assignment and helps him, rather suggestively by sitting on the chair he’s in with everyone watching. Kaoru and Keiko talk about Kaoru and Junichi’s relationship and how they looked too much like a couple during moments like that. Kaoru also begins to realize that even though they’ve been dating for almost half a year, their relationship hasn’t drastically changed from before they were dating. After Keiko suggests that the two should go on a trip together, Kaoru and Junichi plan out a trip by getting a part-time job doing the Inago Mask show. 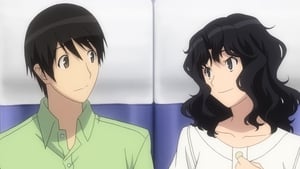 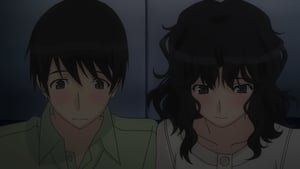 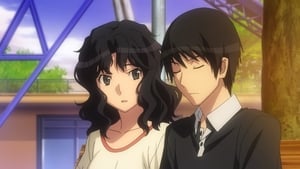 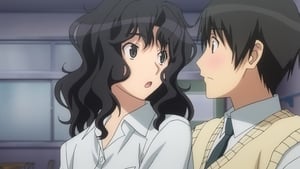 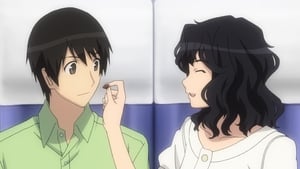 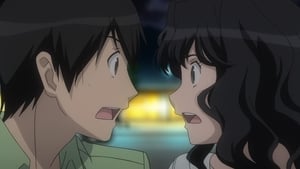 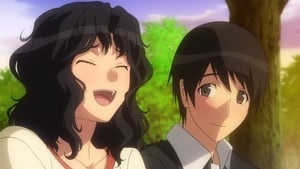 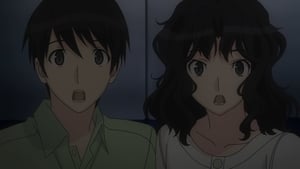 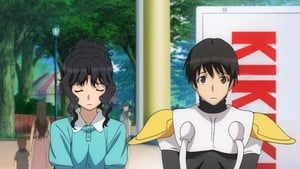 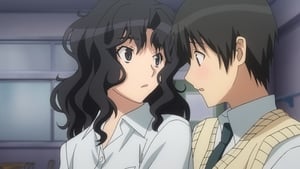