Following massive damage to a city bridge during Sword’s battle with a Horror, Luke fires his special gun into the sky, causing it to rain and wiping the memories of everyone in the vicinity. Luke meets Sword in the diner, berating him for his irresponsible methods. Later Hardy, a former world champion runner who is now crippled in a wheelchair, allows himself to be possessed so he is able to run again. Finding Hardy gone, his girlfriend Enith asks Sword for help to find him. Meanwhile Hardy is now a Horror and has developed a hunger for human flesh. Hardy returns home and attempts to kill Enith but Sword intercepts him, however Hardy is too fast and it takes the combined efforts of Sword and Luke to destroy him. Again, Luke uses his rain-making gun to wipe the events from the memories of everyone in the vicinity including Enith who resumes her search for the missing Hardy. 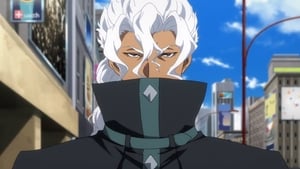 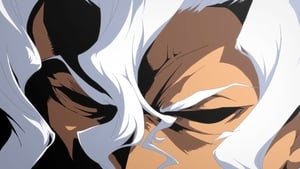 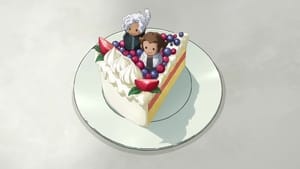