In the aftermath of the battle with the Dark Knight, Sister’s funeral takes place and Luke is alive but badly injured, both physically and emotionally. Sword is given instructions in the diner to head west with Sophie in search of El Dorado and its king and to meet up with additional Makai Alchemists at San Del Rios. Sword and Sophie travel through the countryside beyond the city. They come across a wounded deer and Sophie insists on stopping and helping it and she realizes how much she misses Sister. Meanwhile in El Dorado, Dark Knight is criticized for his failure to capture Sophie while they await Sword’s impending arrival. 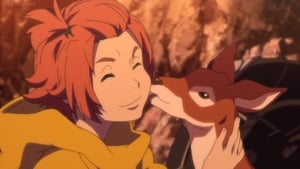