Raku Ichijo, the son of a yakuza boss, prefers to just live a normal high school life. On the way to school he is kneed in the face by a girl, but gets tended by Kosaki Onodera, a sweet classmate that he has a crush on since middle school. The teacher announces a new transfer student, Chitoge Kirisaki, who happens to be the girl that crashed into Raku, and they start arguing. Raku realizes he has lost his locket that contains the memories of his first love, because of the collision, and asks Chitoge to help look for it. After several days their relationship gets worse that Raku tells Chitoge to stop looking. Chitoge eventually finds the locket. Afterwards, Raku’s father tells Raku that he is to pretend being in a dating relationship with a girl from a rival gang in order for their gangs to make peace, but to Raku’s chagrin, the girl turns out to be Chitoge. 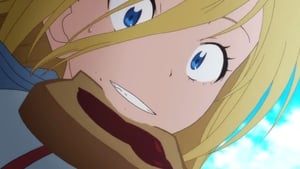