The Oda move out against Azai HQ, Odani Castle, but it’s too well fortified so they target Yokoyama instead. Azai receives reinforcement lead by Asakura Kagitake and sorties. Ieyasu’s army comes to support Oda and defeats Asakura. Hideyoshi and Takenaka Hanbei win and occupy Yokoyama. Saburou goes to Settsu to subjugate the Miyoshi 3: he leaves the rear position of Usayama Castle in Mori Yoshinari’s hands. Usayama is attacked by Asakura/Azai on their way to Kyoto. Mitsuhide is sent to Kyoto to strengthen their defense; Shibata handles the rear-guard of Settsu while the rest of Oda return to Usayama. Mori Yoshinari buys them time with his sacrifice. The Asakura/Azai army retreats to Enryaku Temple on Mount Hiei. 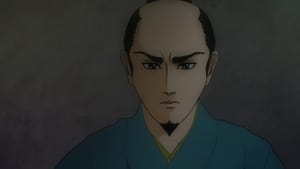