All Fear the Freak

The gang finally follows the trail to find the hidden treasure, but they didn’t think The Freak would go after them. On the other hand, many truths are revealed, including the goal of Professor Pericles and the true identity of Fred’s parents. And as if that were not enough, the gang faces a big problem when the parents get angry due to the behavior of their sons. And just when the mystery of the town is at its highest level, does this mean the end of the gang or the beginning of a new problem? 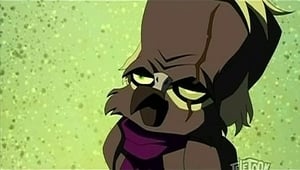