A family vacationing (the same family which was vacationing in the “The Creeping Creatures”) in the Burlington Library is attacked by a wolf creature and scared off. Later, a landslide forces the gang to abandon their ski vacation and detours them to the same library, where they are greeted by its caretaker, Dan Fluunk, who explains to the gang the history behind the mansion, including that its builder and namesake had a fascination with groups of four people and an animal. Soon, strange things begin happening to the gang as their stay in the mansion progresses. Eventually, their experiences are revealed to be hallucinations brought on by burning of a special kind of wood. Meanwhile, Cassidy Williams continues her search for the truth behind why what is happening to the gang now has happened to other gangs in the past — including the Darrow family. 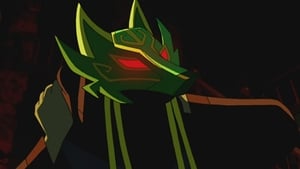