It is revealed that Akira, who had become a recluse ever since receiving her scar, was approached by Ulith, now possessing Iona’s body, who stated her admiration for her. Using Iona’s position, Ulith helps Akira get her career back on track, though eventually asks for something in exchange. Later, as Hitoe and Yuzuki learn that Akira is seeking out Selectors, Akira appears before Ruko and Iona, challenging them to a battle with her new LRIG, Milulun. With Ruko becoming overwhelmed by Akira, narrowly avoiding defeat when their match is interrupted by a security guard, she laments that she isn’t able to have fun in battles without Tama and her friends with her. Meanwhile, Chiyori is approached by Ulith. 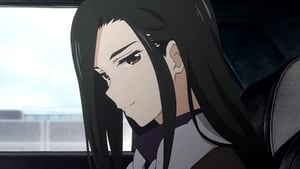