This World is My Property

Iona explains that Mayu was once a girl who grew up in a secluded room, unaware of the world outside until reading a book about friends. Finding a WIXOSS deck and needing someone to play with, Mayu created Tama and Iona, originally named Shiro and Kuro, as imaginary friends who would play the game together, eventually coming up with the sadistic rules of the Selector battles that would soon become reality. Iona further explains Mayu’s wish is to have revenge on those who live in the outside world, while her own fate was to repeat the cycle between Selector and LRIG, which was changed after meeting Ruko. Tama also says how she at first forgot Mayu, but now remembers. As Iona and Tama seek to become friends with Mayu and free all the LRIGs, Ulith infects Tama with her darkness, growing her into a dark Level 5 and forcing her to beat Iona with her own hands and win the match. Akira, driven insane by Ulith’s betrayal, stabs her with a fountain pen, leaving her bleeding as she seeks her next target. 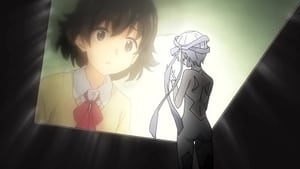