As Akira seeks out more battles in order to heal the scar she inflicted upon Ulith, Yuzuki theorises Mayu’s true wish in creating the Selector battles was not necessarily revenge, but to show others how lonely she was. Later, when Chiyori comes around asking for a battle, Hitoe agrees to battle against her, feeling that she may be better off if her wish to be part of the WIXOSS world is reversed. During the battle, Eldora reveals she was thinking the same thing and had been planning to lose in order to spare Chiyori from the pain of battles. Despite Chiyori’s objections, she is unable to draw the cards needed to turn things around. Meanwhile, Ulith, who had been treated for her injuries, is confronted by Akira. 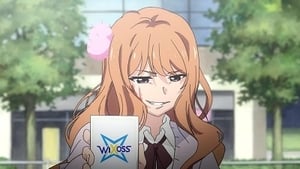