Megumi hates living in the small village of Sotoba. She dreams of graduating from high school and moving to the city. Only two things hold her interest in the village, the giant European Mansion that was recently built atop a hillside and the boy Yuuki Natsuno. The owners of the mansion, the Kirishiki’s, arrive under the cover of darkness. Megumi marches up their mansion with fantasies of being adopted. Hours later Megumi has failed to return home with the sun set the villagers begin searching the woods for her. They find her lying on the ground pale and weak. The town doctor suspects she is suffering from anemia and the next day she passes away. 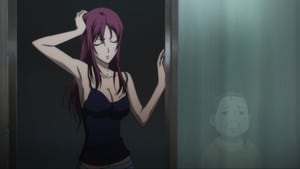