Megumi is dead and a burial is held for her. Doctor Ozaki is shocked at her sudden death and requests permission to perform an autopsy to determine the exact cause of her death but Megumi’s father refuses. Later two more villagers die suddenly. Growing concerned about so many deaths happen in a short space of time Ozaki contacts the head monk Seishin. Together they discover that ten people have died in the month of August alone. Ozaki fears that the village is in the clutches of an epidemic. 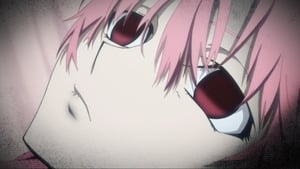