Seishin talks to the relatives of the recently deceased and discovers the pattern that all of them became ill and weak only a few days before they died and that many quit their jobs before becoming ill. He also learns that many families have suddenly picked up moved in the middle of the night without telling anyone. Tooru dies suddenly, and at the funeral Natsuno and Masao get in an argument that ends with Masao running home crying complaining about how no one appreciates him. Arriving at his home he sees a white figure go around back. Following him he finds nothing, as he opens the backdoor the tree above him rustles with movement. 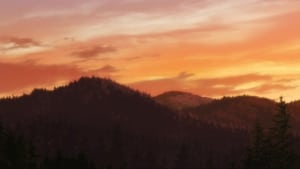