The Sword of the Holy Knight

Gilthunder, thus preventing the village from making the Bernia ale, which was their prime source of income. After innumerable unsuccessful attempts of the villagers to remove the sword with which the source was blocked, Meliodas easily removes the object. A celebration is held at the Boar Hat, and Meliodas was hailed as a savior by Bernia’s villagers. Gilthunder, wanting to confirm whether the removal of his sword was an accident, threw a spear imbued with his power toward the town. Meliodas, however, easily stops and throws the spear back, destroying Fort Solgales. 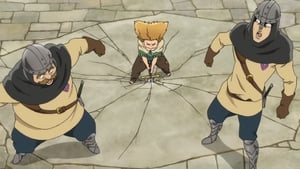