After the plane runs out of gas, the final eleven are stranded in Jamaica. Owen is starting to have second thoughts about his romantic relationship with Izzy and tries to break up with her. As a result, both end up severely injured, with Izzy removed from the competition due to the severity of her injury, but not before she officially breaks up with him. Meanwhile, Alejandro’s actions from the previous episode are intentionally revealed and because of this, DJ is finally eliminated, ending Team Victory. 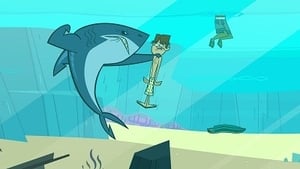