2199 AD. Yamato tried to leave behind the Large Magellanic Cloud galaxy, after receiving a “Cosmo Reverse System” at its destination, Iscandar. However, suddenly, it encounters a mysterious group at the edge of the Large Magellanic Cloud. The crew finds out that the group is called the “Gatlantis,” and that its leader is the Gutaba expeditionary force commander who calls himself “Goran Dagaamu of Thunder.” The commander demands that Yamato be handed over to him. Yamato, wanting to hurry to Earth, escapes the fray. However, Yamato is attacked by a devastating beam weapon called the “Flame Direct Attack Cannon” that can transcend space.

Pokémon the Movie: The Power of Us (2018) Watch Online 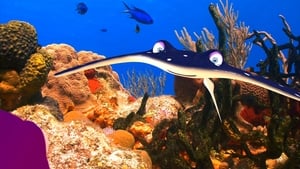